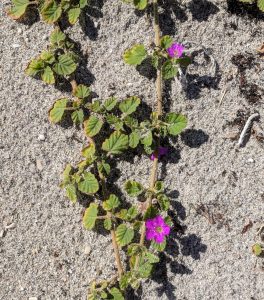 Steve is all I remember of his name although I doubt we were permitted to refer to him in such an informal manner. He was slim, wore heavy, horn-rimmed glasses, and had funny, fuzzy hair of which, no one ever considered making fun of. He was a powerhouse of knowledge and energy, and the entire class was terrified of him. He was the best teacher I ever had.

No one ever dared fall asleep in Professor Steve’s western civ class. Should an eyelid even flutter, you were instant prey—a fly on a frog’s tongue, basically toast—because he would call on you. Should you, in your sleep-deprived state not know the answer or even worse, not even attempt to utter a syllable, the urge to crawl under your desk was difficult to resist. I’ve never been so awake in class in my life. He was of an age to “get” the younger students but was not to be messed with. When he entered the room, we all sat a bit straighter.

Only essay exams were offered in Professor Steve’s class and lest you think essays are a great way to B.S. your way to an A, you would have been mistaken in his class. He was a masterful artist, capable of creating—in red ink of course—a perfect rendition of a miniature shovel directly to the side of whichever pile of verbal excrement you had attempted to cover your epic failure to study.

I first learned the theory of adversity in Professor Steve’s class. I can’t recall what exactly we were discussing in class—perhaps the early Middle Ages—I just remember, “That which does not kill us makes us stronger.”

And I’m sure that Professor Steve, being Professor Steve, probably explained the origin of this theory of German philosopher, Friedrich Nietzsche’s, but I only remember the realization, like a lightning bolt to the very core of my psyche, a sort of explosion of comprehension of life and what the struggle was all about.

I had no idea what mantras were back then. I just remember that on that day, I found mine. “That which does not kill us makes us stronger” has never failed me, never let me down. Whatever has happened, this mantra, thanks to Professor Steve, has helped me lift my chin, throw my shoulders back, and keep plowing through life, so thanks Professor Steve, wherever you are . . .

These rafts belong to the local surf camp. Do you

Feeling a little worried for my beloved adopted ho

"I keep thinking of spires. How they must have app

“According to a study sponsored by the Environme