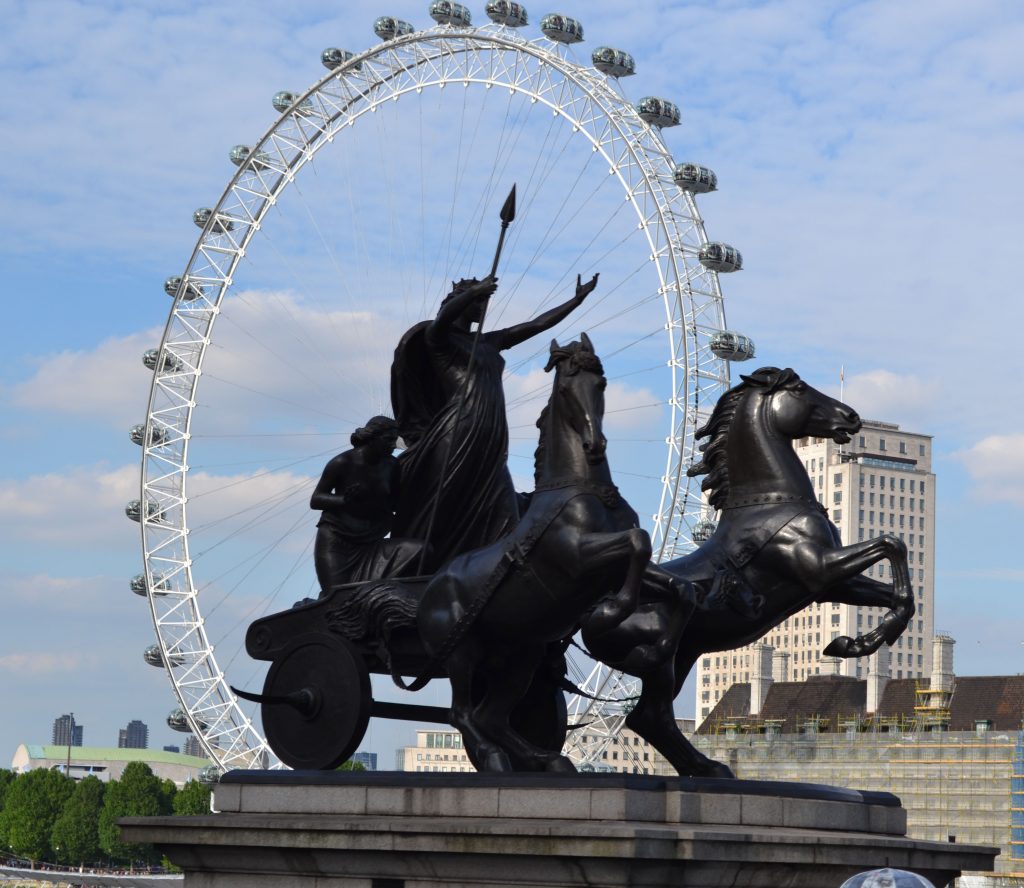 Following a two year travelling hiatus, the day finally arrived when a bi-coastal family came together yet again for another European adventure. Armed with my new Chromebook, I was determined to do a better job of chronicling the food part of our journey than I had on the last trip. Sigh . . . Despite this resolution, I somehow still managed to eat most of my meals before remembering to take pictures. Fortunately, I do have a few other things to share from our journey. 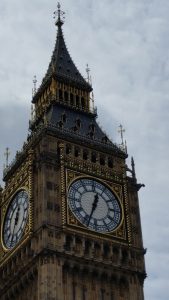 After a long flight to London and a brief nap, my husband, daughter, and I set out to explore and meet the rest of the family and some U.K. friends for dinner. Of course, we got lost. I mean, after all, why not? Most of you Google users are aware that there is a way to set Google Maps for walking mode. Unfortunately, when American phones are confused, as they sometimes are in a different country, apps don’t always function as they should. Suffice it to say, it can be quite the long walk when Google Maps thinks you’re a car!!! 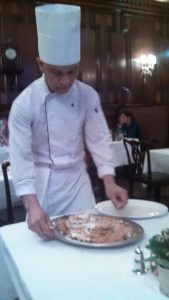 After a lot of bad words and a subsequent threat to decamp from my daughter when she tired of our snarky husband/wife exchanges, we arrived at the graceful stone façade of Simpson’s in the Strand. Thoroughly annoyed, hot, and cranky, we yanked open the door and stepped through the looking glass. One hundred and eighty-five years of British culinary history lay before our very eyes. Beautiful tray ceilings soared overhead and rich, polished wood paneling gleamed.

Smiling diners engaged in hushed conversation occupied every table, and servers with large trays of beautifully displayed beef scurried here and there. We were an hour late, but somehow it didn’t seem to matter. The rest of our family and our charming dinner companions were deep in conversation and enjoying what was to be the first of many bottles of wine.

The servers at Simpson’s were both efficient and amenable. Ours even managed to persuade, at my request, the recipe for the cucumber dressing from the chef de cuisine! True to the tradition of table-side service, the presentation of the salt-baked sea bass was pure entertainment. The meringue and salt cast were carefully cracked and discarded, and the fish was artfully deboned as we all watched with great pleasure.

Thanks to jet lag and all the delicious prosecco we had consumed with our meal, we slept well and woke early ready for the new day. 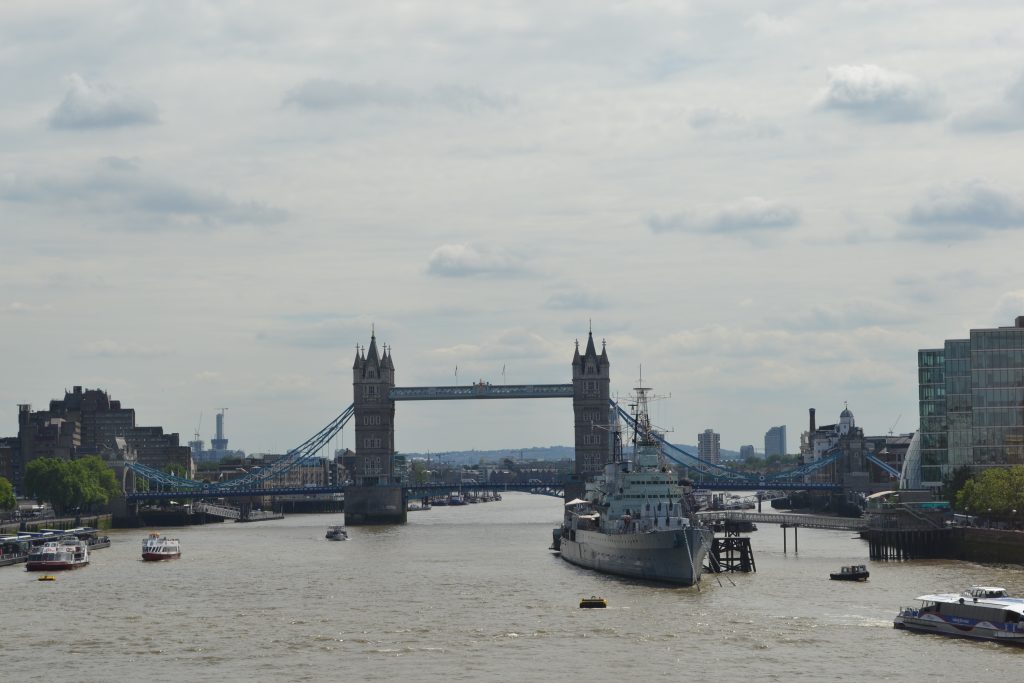 Tourists that we were, we happily rode the HoHo (hop on, hop off) bus all morning until we were all starving. 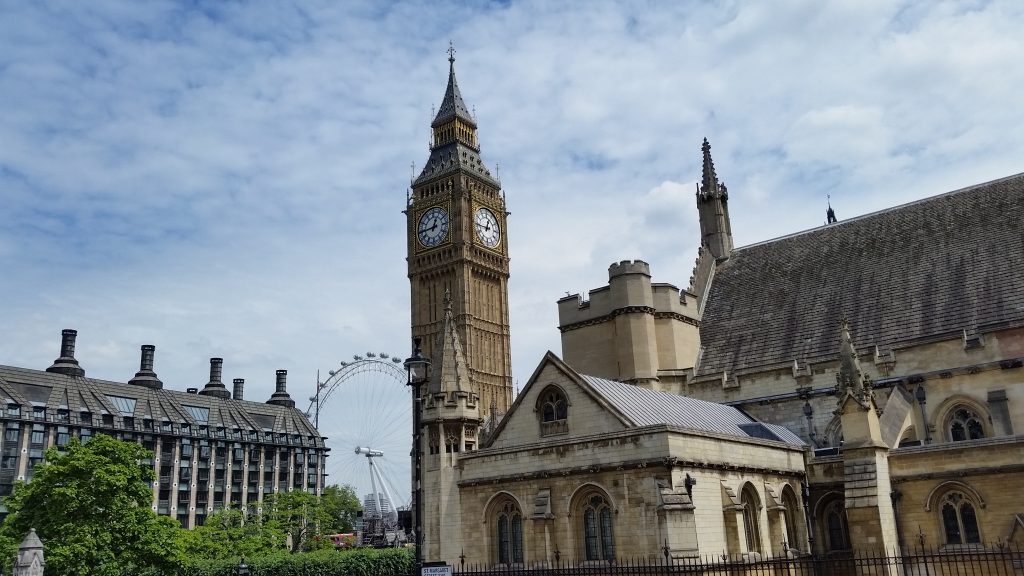 Finding a great place to have lunch in London is no easy feat. I say this, not because of the lack of pubs and restaurants but rather because the sheer number of establishments with intriguing names makes it impossible to choose as each and every one beckons.

Somehow the British always manage to make even the most unappealing things seem fun! Names like The Lion and The Lamb, The Spotted Dog, The Slug and Lettuce, The Hung, Drawn, and Quartered and a host of others kept us entertained as we drove past in the HoHo. When came across Fuller’s Ale and Pie House at the Sanctuary House Hotel, we decided it was perfect. 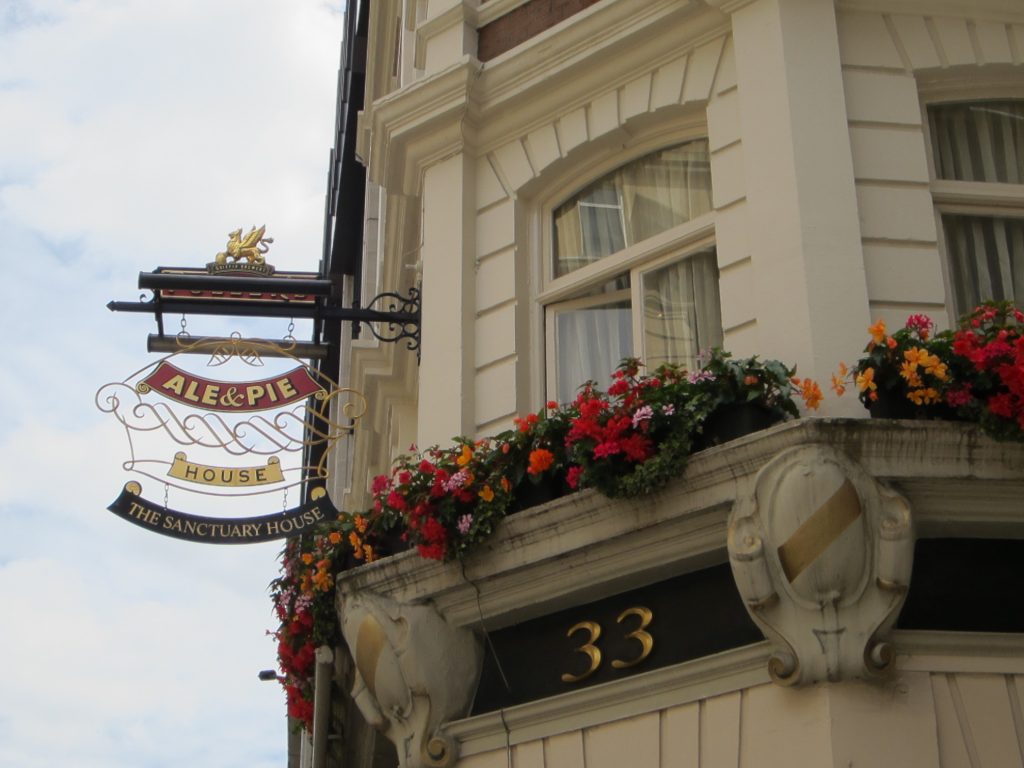 I had never had a savory pie other than chicken pot pie, so I had already determined that if pie crust or phyllo were involved and it was on the menu, I was going to eat it! My first savory pie opportunity was the sweet potato, spinach, and goat cheese at the Ale and Pie, and it was definitely a winner. Lunch that day happened to be one of those times when I only remembered I was supposed to be taking pictures after I had consumed the entire pie! I did remember to take pictures of the menu, and my sister-in-law managed to snap a pic of her fish pie before that disappeared, as well. 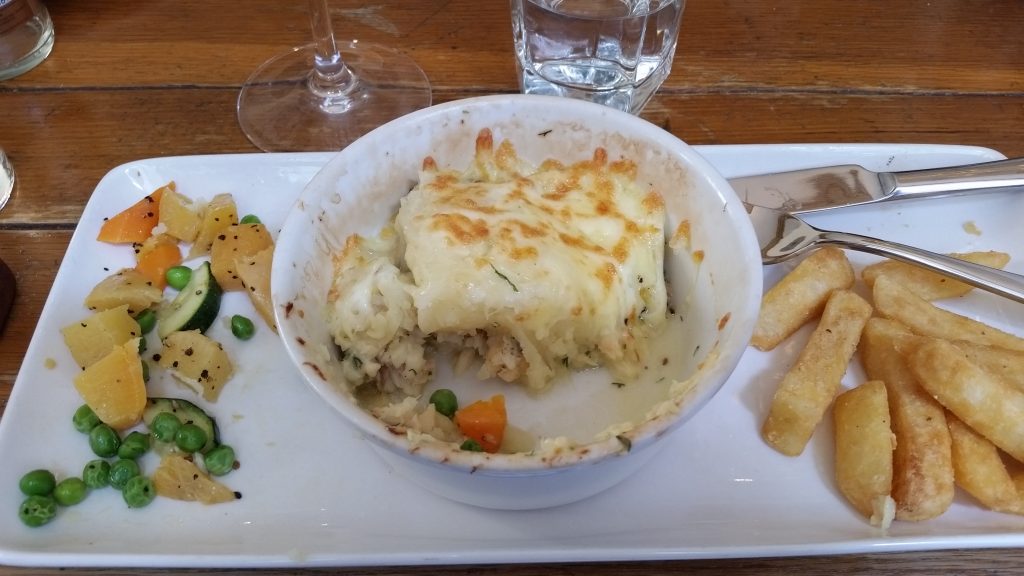 Let’s just say that I hope the whole perceived notion of “Ugly American” behavior in Europe is a myth because if not, I don’t think we did too much to erase it during our meal at the Ale and Pie. In fact, we were all so hungry that American enthusiasm won out over staid good manners, and the couple next to us watched in horror as we shared chips and tasted each other’s drinks (Pimm’s!!!) while we waited for our main courses. I was unable to determine where our critics were from as the restaurant was too lively to hear their native tongue and their tones were too hushed to be heard over our raucous family dialogue. However, I had my suspicions considering their horrified expressions as we held our forks in our right hands, ate food from the plate of the family member next to us, and exclaimed in overly-enthusiastic delight over each dish. I am sure the pièce de résistance was when I split open my daughter’s unfinished ham hock sandwich to savor the remaining filling. Too full to eat the bread, I simply split the sandwich open and helped myself to the meat inside. Barbaric behavior! It is no wonder that some cultures find Americans to be somewhat uncivilized, but as far as I was concerned, the greater sin was to waste that incredible ham! Fortunately, pub management failed to make a similar judgment and treated us both kindly and courteously. Back to those chips, let me just mention that I was awash in potatoes the entire trip since, yes, I actually did order chips three, count’em, three times before finally remembering to ask for potato crisps!!! 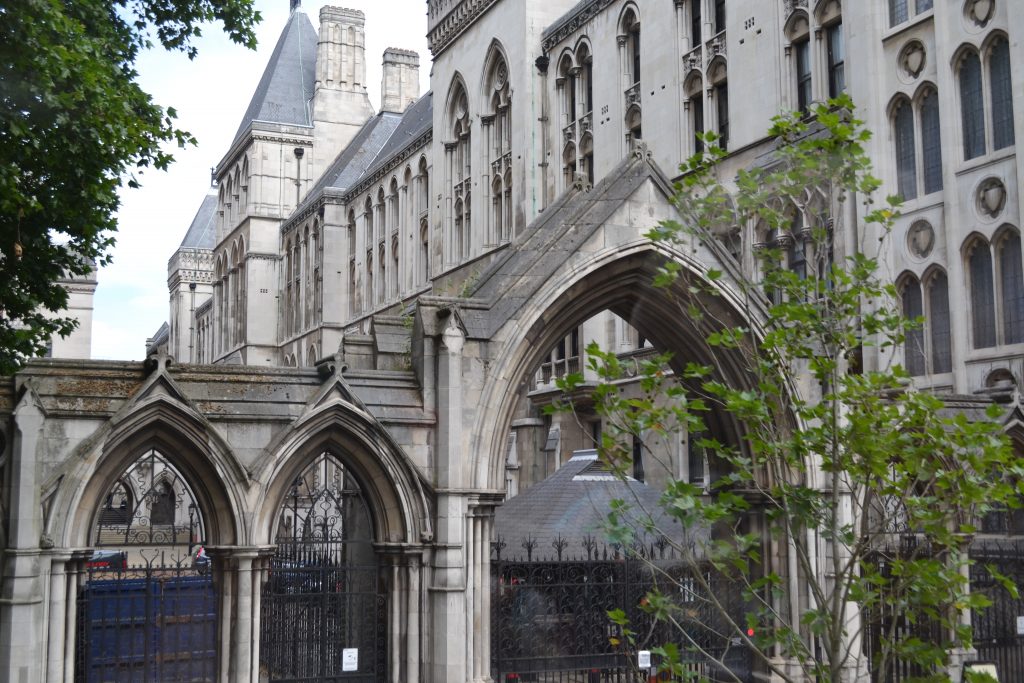 London is a seriously cool place. Don’t miss it. It seems “ugly” Americans are still welcome despite our (my) terrible table manners! 🙂 Cheerio!