I was fortunate . . .  for a while, but now, I guess you could say I’m of an age where I’ve begun to go to more funerals.  Beyond losing one much-loved cousin—barely out of her twenties—to breast cancer, I hadn’t really lost anyone close to me. But soon, death, a snowball, became an avalanche. One by one, I lost both sets of grandparents, a close friend who was also my accountant, died of a rare heart problem and my uncle of cancer. More followed. But this post isn’t meant for mourning. It’s meant to share someone wonderful. 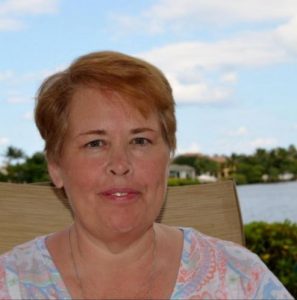 Occasionally we meet someone who seems lit from within, someone who radiates warmth and love, who is spiritual in a way that even “chreaster” churchgoers like me are drawn to, a Christian who can quote the Bible but one who still cracks irreverent jokes, who utters that same risqué bon mot on the tip of your tongue, but she’s faster, more clever, and you’re left snorting soda from your nose because she’s just so damn funny. Someone who loves all the same songs as you and went to the same concerts because you both grew up in the 70s and are in fact, the same age. Someone whose laugh is so hearty and mischievous, you want to hang out with her all the time, take her out for a couple of drinks because you know what a great time the two of you will have.

But I was too late for drinks with Felicia. By the time we met at our writers’ group, she was fighting cancer with everything she had. But I didn’t know that then. Because we hit it off, I issued several invitations for dinner and even for coffee so determined was I to make her, the coolest woman in the room, a part of my life. Until I read her book, I never would have known because she never talked about it, never complained. I think now it was because she didn’t want to make cancer what she was about. Felicia’s life, her inner beautiful self, was so much more than the illness that would defeat her.

We read about people like Felicia, people who face death, the strength of their faith and love for God that sends them forth without fear, but until you actually meet someone like this, you can’t know, and you cannot believe.

So I’m sharing this amazing woman, beloved by so many, with all of you because no one should pass through this world without knowing and loving her, and although writers never feel their words are enough, never have my words seemed more inadequate than today. Rest well, dear Felicia. Writer’s Cove will not be the same without you. It was my privilege, my joy to be part of your life. 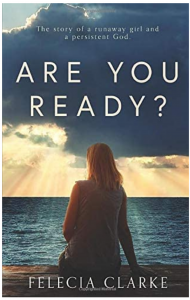