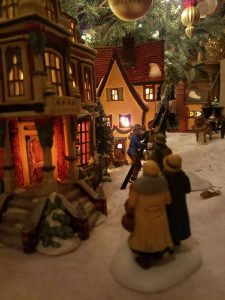 “Have Yourself a Merry Little Christmas” was just another Christmas song to me when I was growing up, a song on one of the many albums spinning on the turntable every holiday or eight track cassette we played in the car until James Taylor recorded his version in the fall of 2001. Suddenly, for some inexplicable reason, a song I had known all my life, began to make me cry.

I guess subconsciously, I knew something about this rendition was different. 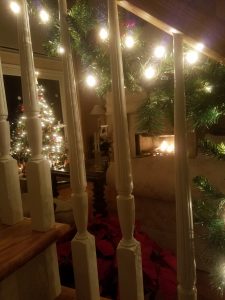 I can’t find my way around the block without getting lost, and I can’t add two and two to save my life, but words stick in my head, worm their way into my subconscious, and I can’t get them out. So although I didn’t pay close attention to the lyrics of Taylor’s interpretation, that subtle change found its way into my heart, and the singer’s shift back to the original, “Until then, we’ll have to muddle through somehow,” brought me to tears each and every time I heard the song.

The original lyrics to “Have Yourself a Merry Little Christmas” written by Hugh Martin and Ralph Blane back in 1943 for the soundtrack to the movie, Meet Me in Saint Louis, were in fact so lugubrious that Judy Garland, who sang the song for the movie score, insisted on some less depressing lines.

Since I cannot quote the lyrics in this post for fear of copyright infringement, you may find them here as well as many other interesting factoids regarding this song. When James Taylor released his arrangement in 2001, many felt the use of some Martin and Blane’s original lyrics was in response to 9/11, but the singer explained to NPR that it was all simply a sad coincidence.

This year, we find ourselves yet again, at the crossroads of crisis and hopelessness, and I find myself, once more, sobbing over James Taylor’s “Have Yourself a Merry Little Christmas,” a fitting soundtrack as we look forward with great relief to the tail end of 2020, a year of great loss and one of the worst in history.

But just as my tears back then were not hopeless, nor are they hopeless now, for all these years later, I continue to find comfort and hope you will as well in the cyclical meaning of this special melody. The significance, as relevant today as it was in 1943 remains in my heart, the words, a prayer for health, love, and joy in 2021.

Dear Friends: Thank you all so much for supportin

Have you ever wished for a day of no responsibilit

I saw him as I drove by Bouncing along, he crissc

So season 4 of The Marvelous Mrs. Maisel was relea

This morning, a good morning. I took my dog for a

Definitely some evil force at work when this happe